How to Disrupt the Dollar Bill 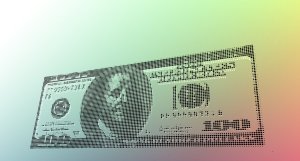 Why a 13-Year-Old Strategy Makes Apple A Great Company

Apple’s share price has been on a rapid ascent, having regained nearly all the value it lost in 2013, helped in large measure by stock buy-backs. Those who feel the stock is currently over-valued should consider that the company’s P/E Ratio has, in fact, been hovering around its five-year average.

As always, the question one must ask is whether the current valuation judged by share price truly reflects the long term value of the company based on it strategic foundation and capacity to execute.

As has been widely reported, sales of Apple’s iPhone have come under assault by terrific devices from companies like Samsung running Google’s Android OS. Though market share has held up in the US, interlopers are stealing the show outside North America. To read the news, Apple’s brand is losing its luster and, along with it, the company its lofty valuation.

Even an Apple fan has to acknowledge that iOS, introduced in 2007, is showing its age. Maybe it’s a matter of familiarity making the heart go wander. Maybe it’s the customization of Android or the bold, graphic live tiles of Window Phone 8. Somehow, as easy as it is to use, the iPhone feels just a touch dated.

For many fanboys, this doesn’t matter much. Even a child relying on intuition can operate the iOS. The iPhone rarely misbehaves. Oh, and there are the 700,000+ industry-leading applications that are the lifeblood of the device’s attraction.

But what really sets Apple apart from its competitors isn’t the stunningly well-designed hardware. It’s the ecosystem that connects all Apple devices through the cloud. For some of us, our first experience with the Apple ecosystem dates back to 2001 with the purchase of the original iPod. The brilliance of that device wasn’t simply the terrific industrial design, but the software that made buying and using music easier than ever before. The strategy upon which that first Apple music player was built is over 13 years old. Yet the importance of the ecosystem that was its foundation remains one of the company’s biggest assets.

Sure, one can download music from Amazon and apps from Google. With a little effort you can even coordinate devices while getting work done using Google Docs. But somehow, it just never seems as easy—as magical—as Apple.

Add to that an installed base of hundreds of millions of iTunes users, over 200 million of whom use the service through the cloud, and you have a massive, sticky infrastructure. If you have bought in to the Apple world-view, dismantling your services and recreating them on a series of new devices is simply a lot to ask. And, you are unlikely to be able to transfer some of your content at all (playlists pose quite a challenge for some people.)

So, Apple needs a refresh. Its products are not winning the day internationally. But, Apple should not be written down—much less written off. It remains a global leader in profitability. Its brand is ranked next to Coke as the world’s most powerful. And, with hundreds of millions of credit cards having been registered with iTunes (I can even buy products at an Apple store today using that account without ever speaking with an Apple employee), it stands poised to reshape the world of digital commerce.

In short, Apple doesn’t have forever to reach a new level of innovation. But it does have plenty of time and cash to get there.

On the eve of Apple announcing a new round of products—possibly the most exciting set of devices in years including the addition of a new form-factor, the iWatch—keep in mind that Apple’s power has never rested on devices alone. Rather, it is the foundation of an ecosystem developed over a decade ago that gives the company its power…and its great future value. Tomorrow, as captivating as it will be to see sexy, shiny hardware, what will grab my attention is whether Apple manages to disrupt the dollar bill.

Eric Martin is the founder of 80amps for Enterprise and 80amps for Startups (a consultancy and incubator, respectively) and the Director of the University of Richmond’s Innovation and Entrepreneurship Program. Eric can be reached at eric@80amps.com. Follow eric on twitter @eeeemartin and Linkedin http://www.linkedin.com/pub/eric-martin/a/2bb/970/

Innovation, Disruption, and the Sixth Force 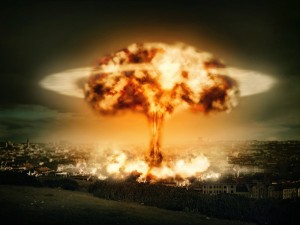 Regulated industries beware. Disruption is headed your way, too. Companies whose incumbency has been protected by regulation face devastating competition from entrants none too concerned with pesky legalities.

Michael Porter, in his seminal book Competitive Strategy, proposed a model of five forces that can be used to analyze the attractiveness of an industry. While in business school at Harvard, I had the good fortune to address with Porter, a faculty member there, what I believed to be an important SIXTH force—regulation. We were discussing the airline industry at the time, and I argued that since some players yield relatively more influence over regulation, and since regulation sets the boundaries of the playing field, one cannot look at only Porter’s five forces to accurately describe a competitive setting

Over the subsequent two decades, scofflaws, aided by technological advances, have spurred disruptive innovation at a staggering pace. Regulation, viewed in Porter’s earlier works as of little competitive concern, is now at the heart of the matter.

Unsurprisingly, incumbents in the industries under assault don’t go down without a fight. Instead, they turn to the weapons that helped structure an industry in their favor in the first place. What they desperately want is inertia. They want the object at rest to stay at rest. It’s not that they are anti-innovation. They are anti-cataclysm.

The rules that built the industries were often designed to protect consumers from the risks posed by asymmetric information, monopoly power, or utter disdain for their well being. Certainly, some regulation was over-done or even wrong-headed. But, for the most part, the rules provided a safer, fairer marketplace.

Companies worked hard to shape regulations in ways that would not disadvantage them relative to competitors. If possible, advantages were sought. In the end, some equilibrium was reached—a set of boundaries within which Clay Christenson’s “sustaining innovation” could emerge, but where discontinuous change was unusual. Investments under these circumstances could be made with less risk. Profits were more predictable. Management approaches and organizational structures emerged to reliably turn out like quality products and services at standard costs.

Competing and prospering wasn’t easy, of course. But the rules of the game were better understood.

Over time, technology was adopted by incumbent competitors creating mainly marginal improvement at the customer level and to generate more profound impacts through internal efficiency. The spoils of these gains benefited the owners of the most powerful firms, at least until all the majors adopted the same, basic approaches.

Then, in the 1990s, technology not only advanced in power. It simultaneously rapidly decreased in cost. The competitive world became a bit more egalitarian.

Even old-line businesses like automobile manufacturing and sales are impacted. Tesla, the darling of the eco-friendly and growth investors alike, has run straight into incumbent protectionism. The company wishes to do what other successful companies have done of late—sell its innovative products directly to consumers. Yes, I know. Crazy talk.

The problem isn’t that selling products to consumers directly is at all radical. The most successful retail innovation of the last decade is, arguably, the (vertically integrated) Apple Store, known at once for terrific customer service and outstanding warranty support. The issue is that existing auto dealers are attempting to protect their business model from cataclysm. They fear, with good reason, that antiquated automobile consumer protection approaches, if shown unnecessary (or even inefficient: see http://www.ftc.gov/system/files/documents/advocacy_documents/ftc-staff-comment-missouri-house-representatives-regarding-house-bill-1124-which-would-expand/140515mo-autoadvocacy.pdf ), would lead to the unraveling of the entire distribution system on which their model relies.

So, instead of competing through their own innovation, automobile dealers are seeking legal and legislative intervention to secure the rents they earn from an industry historically protected by government action.

What makes these challenges troubling to incumbents is that consumers are demonstrating demand for the upstarts’ models in droves. The writing is on the wall. Industry dynamics are in flux. Regulation provides only fleeting refuge. Sooner or later, that old, warm, protective blanket will give way. And, it should. In a market economy, protecting industries’ sunk costs of adhering to outdated regulation is inefficient and anti-progress. Ironically, in these situations some measured phase out of regulation is actually supportive of consumer interests.

The problem for incumbents is that their market strength insulates them from upstarts for quite some time. Why is this a problem? Because the upstarts’ growing consumer support sneaks up on industry stalwarts. By the time incumbents realize that they face real threats, their ability to effectively respond is impaired. Too little is able to be done too late. And, like many telcos and record labels, the incumbents wither.

Whether regulation should have been included in Porter’s “forces” from the beginning is an open question. What is indisputable is that companies who continue to overly rely on regulation instead of their own innovation to secure their competitive position are running a substantial risk.

To learn what three industries are primed to be disrupted next, check back for the next post to this column. 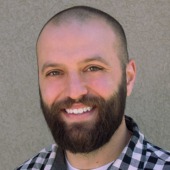 Our own Charles Merritt was included in Forbes magazine Top 30 under 30, a tally of the brightest stars in 15 different fields under the age of 30.

“Partner at 80amps, a company that assists startups by providing a combination of seed capital and professional services in exchange for a stake in the company. He has implemented marketing strategies at Kayak.com and Jetsetter.com that fueled growth at each firm. He has also served as a video producer, managing video journalists for an online media startup.”