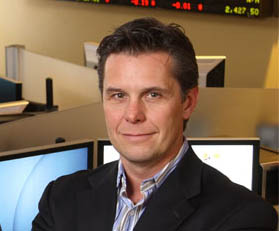 Brendan has been involved in early-stage ventures as a venture capitalist, angel investor, board member, and startup advisor for 17 years. He spent more than 13 years based in Silicon Valley and Geneva as an international venture capitalist investing in early-stage technology companies in Europe and the United States as a Partner with Vision Capital and Dominion Ventures. During his time at Vision Capital, he led or co-led investments into more than 12 successful startups, including three of the firm’s top five returning deals.

In 2007, Brendan returned to Charlottesville, Va., to become a Director of Private Equity with Investure, a $7 billion consortium of university endowments and nonprofit foundations. Since 2009, he has taught the venture capital investing course at the McIntire School and is currently an independent consultant working directly with a select number of startups, venture funds, and government agencies in the United States and United Kingdom. His focus in on launching, supporting, and accelerating both high-impact startups and entrepreneurial ecosystems. He is currently the Chair of the Boys & Girls Clubs of Central Virginia Cycling Challenge and is a licensed pilot.